Sumitomo Chemical has today held a completion ceremony for its new production line of feed additive methionine at its Ehime Works in Niihama City, Ehime Prefecture, Japan. The amount of investment in the new manufacturing facility represents one of the largest ever made in Japan by the Company. Following several trial runs, the new line will start commercial production soon.

The ceremony to celebrate the completion of the new plant was attended by a large number of distinguished guests, including Tokihiro Nakamura, Governor of Ehime Prefecture, Kastuyuki Ishikawa, Mayor of Niihama City, and representatives from construction companies involved in the project.

Methionine is an essential amino acid that cannot be synthesized in an animal’s body. It is widely used as a feed additive in the livestock industry, mainly for poultry feed, to increase productivity of chicken meat and eggs because poultry feeds, made mainly from corn, often do not contain sufficient amounts of methionine. The global methionine market has been growing at an annual rate of about 6 percent recently and is expected to show a similar growth in the years to come.

The production capacity of the new line is approximately 100,000 metric tons per year, which brings Sumitomo Chemical’s total production capacity for methionine to approximately 250,000 metric tons per year including existing facilities. In order to realize swift sales expansion after the production capacity increase, Sumitomo Chemical Group has already reinforced marketing/sales capabilities globally with its worldwide sales network established. Furthermore, the Company entered into a methionine distribution collaboration with ITOCHU Corporation (headquartered in Minato-ku, Tokyo; Yoshihisa Suzuki, President & COO) in April 2017, and premarketing activities conducted under the collaborative scheme has been in solid progress as planned.

Sumitomo Chemical regards the field of life sciences, which has strong growth prospects, as one of its key areas of business and is constantly promoting the expansion of its activities in the field. This methionine capacity expansion will enable Sumitomo Chemical to further cement its position as a leading supplier of the product in Asia, contributing at the same time to an ensured stable food supply globally. 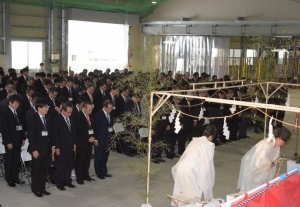 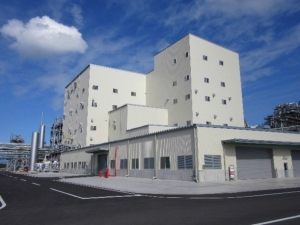